(CNN)If March's weather is anything like what roared through Texas and the rest of the central and southern US in February... we're in deep trouble. Often, March's weather can be this ferocious.
Have you ever heard of the saying, "March comes in like a Lion and goes out like a Lamb"?
While the saying most likely started as a reference to astronomy, referencing the position of the constellations Leo (a lion) and Aries (a ram, or lamb) in the night sky -- it quickly evolved into a succinct summation of March's changing weather as the seasons change from winter to spring in the Northern Hemisphere.
This well-known proverb means that March is a month in which you can experience a Lion's fierce roar of frigid cold, the long white teeth of biting winds that can cut through flesh; and the gentle softness, the warmth of fluffy white fleece, and the innocent kiss of sunshine like a docile newborn lamb.
It turns out proverbs like this one hold a lot of weight, and are many times accurate. Here is why.

The proverb has stood the test of time

Like many proverbs for the month of March, it can be traced back to Thomas Fuller's 1732 compendium, "Gnomologia; Adagies and Proverbs; Wise Sentences and Witty Sayings, Ancient and Modern, Foreign and British."
Fuller compiled numerous proverbs and studied weather lore across many countries through the late 1600s and early 1700s.
Weather folklore contained in books like Fuller's were often ways to help people prepare for typical weather conditions that lay ahead, often times in reference to planting and harvesting of crops, and can often be accurate, thanks to prevailing winds and weather patterns.
Typically across the US, the month of March is still in the grip of harsh winter realms, providing more of the same brutal cold, wind and snow, especially in the first days of the month. But as the transitional month moves along, it often leads to glimpses of spring's beauty and warmth.

In the beginning, it might not have had anything to do with weather 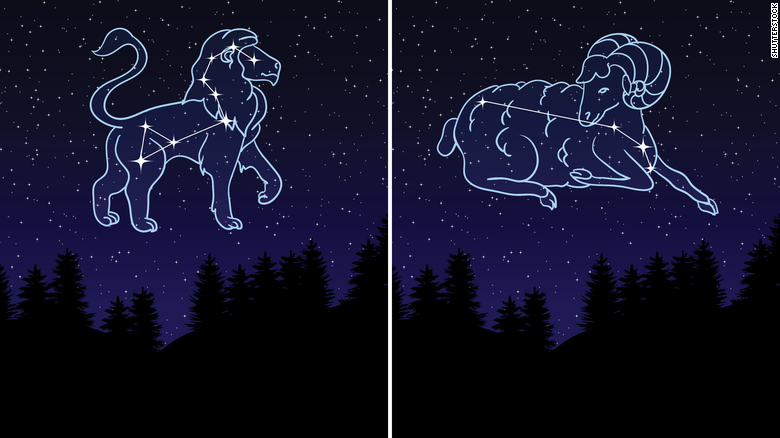 It is believed that this saying was adapted to include the weather, with its wild swings we generally expect for this transitional month.
It didn't take long for early American colonists to realize that the New World's weather pattern was much like their native lands across England and surrounding countries, where extreme weather shifts could profoundly affect their livelihoods from one week to the next.
The Northern Hemisphere shares the same jet stream, providing similar swings in weather, in America as they do across Europe.
A similar pattern of mainly westerly influence with cold, harsh north winds bringing heavy snow and bitterly cold temperatures are common in winter, while warm winds from the south can bring tranquil warmth more frequently as the month progresses.

Some may be familiar with a reverse version of the proverb: "March comes in like a lamb and goes out like a lion."
This "reverse" of the proverb is hard to trace in its origin, but definitely makes sense if you consider those who traveled westward with the American expansion to Western states.
These western states can have incredible temperature swings this month as the polar jet stream moves from it's preferred position near Canada over the winter to a more southerly route during the spring. This tends to cause many states in the Western US to experience some of their heavier snowfalls from the end of March and into April -- thus the lion (and the harsh weather it represents) coming at the end of the month.
In Scotland they say, "March comes in with adders' heads and goes out with peacocks' tails." An Adder is Scotland's sole venomous snake. A timid creature and unlikely to bite unless threatened. Again, showing a feared image of winter, with the beauty and splendor the weather at the end of March can bring.
In the Netherlands, they say; "Maart roert zijn staart," which means "March stirs its tail" -- evidence of the variety and extremes that can come day to day this time of year. All the same for the roller coaster of wacky weather we call March.

The history of weather lore

Weather proverbs have been passed down from generation to generation. A simple saying, a rhyme, a limerick, etc., help us forecast the weather for the coming days or season.
Many are Old English in origin that have found their way to America and the early colonists searching for a new world.
Weather proverbs also originate from days gone by from almost every country in the world. But, only those with similar weather patterns usually hold true where you live.
Weather lore itself can be traced to Greek philosophers' works; those who studied the stars and astrology; those who studied the seas for navigation and the winds to farm.
Many are geared toward certain months of the year, and some for "days of the year" as in those for patron saints, thanks to the Middle Ages. Whether it was the farmer in a field, the sailor on a ship or the poet in the woods ... these proverbs continue to ring true.
As the month of March continues, will the 'Luck of the Irish' be with us? We'll have to wait and see.