5 Things You Didn't Know About the Autumnal Equinox 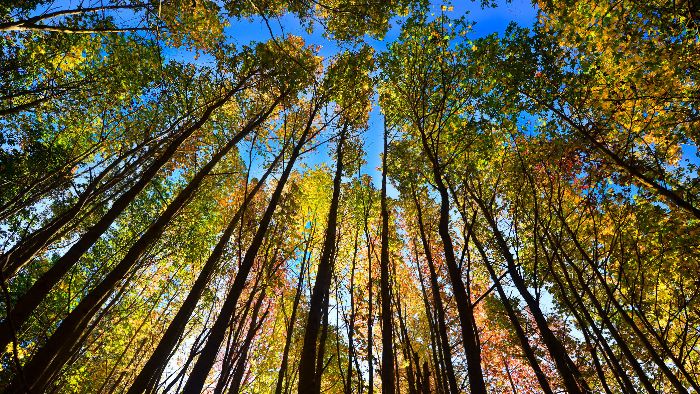 Sept. 22 marks the autumnal equinox, the first day of fall in the Northern Hemisphere. It's the day when Earth is perfectly angled sideways to the sun and so day and night are of equal length. Well, sort of. We'll set the record straight on this and four other facts about the day that kicks off fall.

Although the autumnal equinox is observed, maybe even celebrated, all day on Sept. 22, it's really just a moment in time — to be exact it's when the sun crosses the celestial equator, an imaginary line in the sky above Earth's equator. Normally, Earth orbits tilted on its axis by 23.5 degrees. But at this precise instant, its rotational axis is neither tilting toward nor away from the sun.

2. Day and Night Are Not Exactly Equal

The word "equinox" comes from the Latin words aequus (meaning "equal") and nox (meaning "night") but day and night are not exactly 12 hours each on the day of the equinox. Due to the refraction of sunlight (i.e. bending of the sun's light rays), the sun will appear to be above the horizon in some places when it's actually still below it.

Also, those who live far from the equator will have slightly longer days because the sun takes longer to rise and set from their vantage point. On the days close to the equinox, the sun might be visible for between 12 hours and 6 minutes and 12 hours and 16 minutes, depending on latitude.

3. The Equinox Date Can Vary

Although the autumnal equinox is generally Sept. 22 or 23, occasionally it falls on Sept. 21 or 24. That's because the calendar used in the West (the Gregorian calendar) defines a year as 365 days, or the length of time it takes for Earth to orbit the sun. In actuality, Earth takes 365.25 days to go around the sun. So, this means that the September equinox will be six hours later than it was the year before. (The inclusion of leap years sort of resets the date.) In 2092 and 2096, the autumnal equinox will be on Sept. 21. The last time it was on this date was 1000 C.E.! You can see the exact dates of the autumnal and spring equinoxes as well as the summer and winter solstices through 2025 at this link.

4. The Equinoxes Bring on the Northern Lights

You know those beautiful displays of light in the night sky called the aurora borealis? Well, the equinox signals the start of the time you can see them, generally continuing all the way through the spring equinox each March. Here's why: Auroras are caused by the interaction of solar winds with Earth's magnetic field. The solar winds are particles of plasma escaping from the sun and into space. Due to Earth's axial tilt, the solar wind from the sun is better able to reach Earth's atmosphere through our geomagnetic field. These disturbances in Earth's magnetic field (called geomagnetic storms) are therefore at their strongest and most likely in the spring and fall, compared to summer and winter. The particles that slam into Earth's magnetic field collide with atoms of oxygen, nitrogen, and other elements in the air. These particles eventually release photons of different wavelengths and therefore the different colors of aurora you can see in the sky.

5. It's a Cause for Celebration

There are several celebrations associated with the fall equinox. For instance, there's the neopagan festival of Mabon, a harvest festival to celebrate the gathering of crops and the bounty of the earth. In China and other Asian countries, they celebrate the moon festival, which is always held in mid-September, around the time of the harvest moon. The harvest moon is the full moon closest to the autumnal equinox.

via how stuff works