What’s in Your Valentine’s Day Chocolate

It wouldn’t be Valentine’s Day without somebody writing an article about the chemistry of chocolate. That person might as well be me. So without further ado, let’s discuss theobromine, a molecule that you may have heard is in chocolate and cocoa products. Here’s what you need to know. 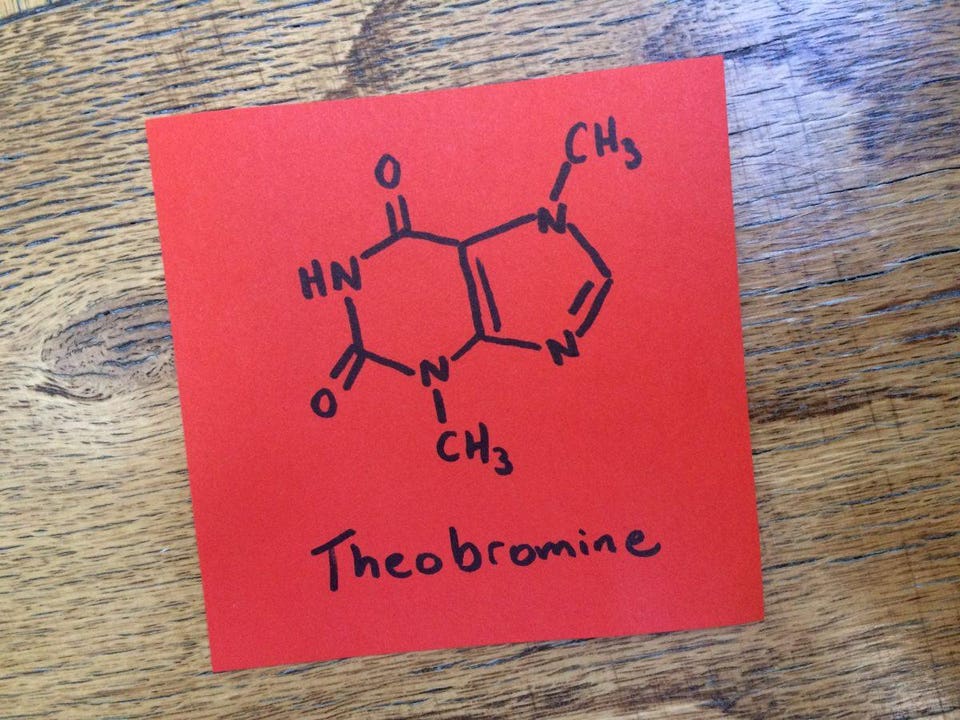 What is in your Valentine’s Day Chocolate?

Theobromine is a molecule made by plants. It’s most famous for being one of the many compounds naturally found in chocolate, but it’s also in tea, among other plant products. Theobromine was discovered in the 1840s, in cocoa beans as a matter of fact.

If you take a look at what theobromine looks like at the atom scale, though, there’s no bromine (which would have the abbreviation Br) in sight. Just carbon, hydrogen, nitrogen, and oxygen. Confusing, right? As it happens, letters spelling “bromine” ended up in the name by coincidence. When biologists encountered cocoa trees and related plants in Central and South America, they gave the name “Theobroma” to this genus of plants that was new to them. Theobroma, in Greek, roughly means “food of the gods”. Somebody must’ve really enjoyed their cacao drink back in the day.

Why “theobromine”, then, with the “ine” at the end? Theobromine is an alkaloid, a nitrogen-atom containing, naturally occurring compound. Many alkaloids share that “ine” ending in their names- it’s a chemistry naming convention. Think strychnine, but also morphine, caffeine, nicotine, and cocaine.

Yikes- it’s like cocaine?! No wonder chocolate is bad for my dog. 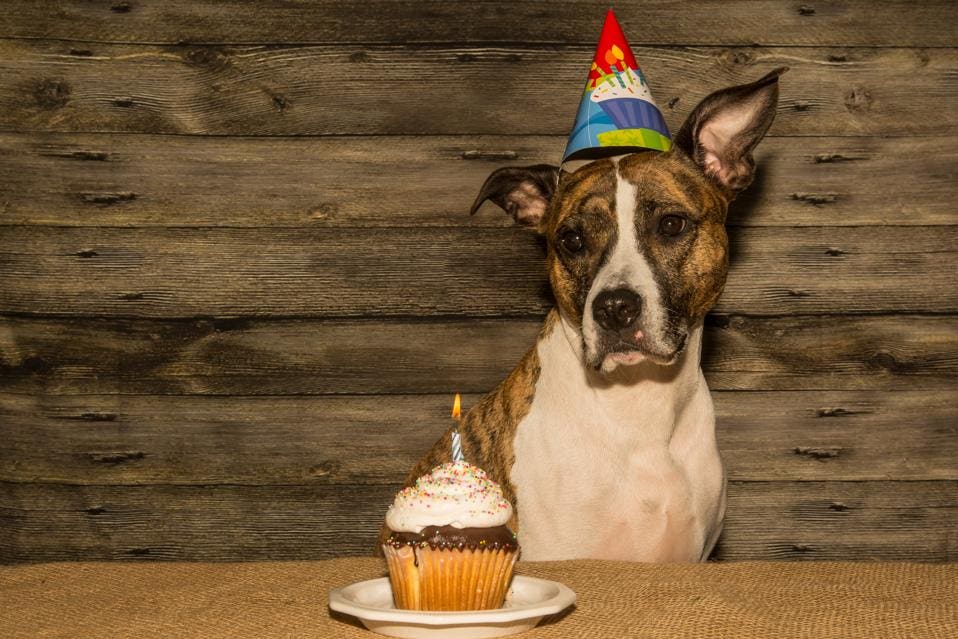 No dogs got sick in the making of this stock photo. (Shutterstock)

We Are All Revolutionaries

Theobromine is indeed dangerous for dogs at high enough doses. Caffeine is, too. The website Pet MD has published a chart where you can determine risk of chocolate toxicity for your pet based on your pet’s weight, and amount of chocolate consumed. Type of chocolate is also a factor in the chart, because dark chocolate has higher amounts of theobromine compared to milk chocolate.

Dogs’ digestive systems process theobromine less efficiently than our human guts, which is why it’s relatively easy for them to be poisoned. Cats are also at risk, but they’re less likely to eat sweets.

According to the National Hazardous Substances Database, humans may experience milder effects of theobromine at high enough doses, including sweating, trembling, and headaches. For the vast majority of people, eating chocolate and drinking tea in moderation is no problem.

Please don’t read this story and rush to judge all alkaloids as bad. This is a tremendously large family of plant molecules. And like any large family, some members make you feel good, some might annoy you after an extended stay, and some are toxic even in small doses.

Quinine is an alkaloid, as well, and it is used to treat malaria. The World Health Organization puts quinine on its List of Essential Medicines.

One more point: Depending on what you’re looking for, a toxic compound may be beneficial. As Pulitzer-prizewinning science journalist Deborah Blum reports:

The dark chocolate effects are so acute for canines, that the alkaloid has been tested with some success as a means of controlling coyote populations.

Chocolate’s an aphrodisiac, so I’m good to go for Valentine’s Day, right?

Not exactly. Theobromine is one of the compounds that contributes to that reputation, along with phenylethylamine. Theobromine can indeed make your heart beat faster, but you could say the same thing about caffeine, or cocaine for that matter.

No rigorous studies prove that theobromine or chocolate puts people in the mood. Let me quote from two journal articles that evaluated many labs’ results all at once: “Any mood benefits of chocolate consumption are ephemeral.” And “these substances could have a positive direct and indirect influence on sexual health and function. Nevertheless, randomized studies are needed to confirm these hypotheses.” There may be a placebo effect associated with eating chocolate on Valentine’s Day, and at the end of the day, that’s just fine. 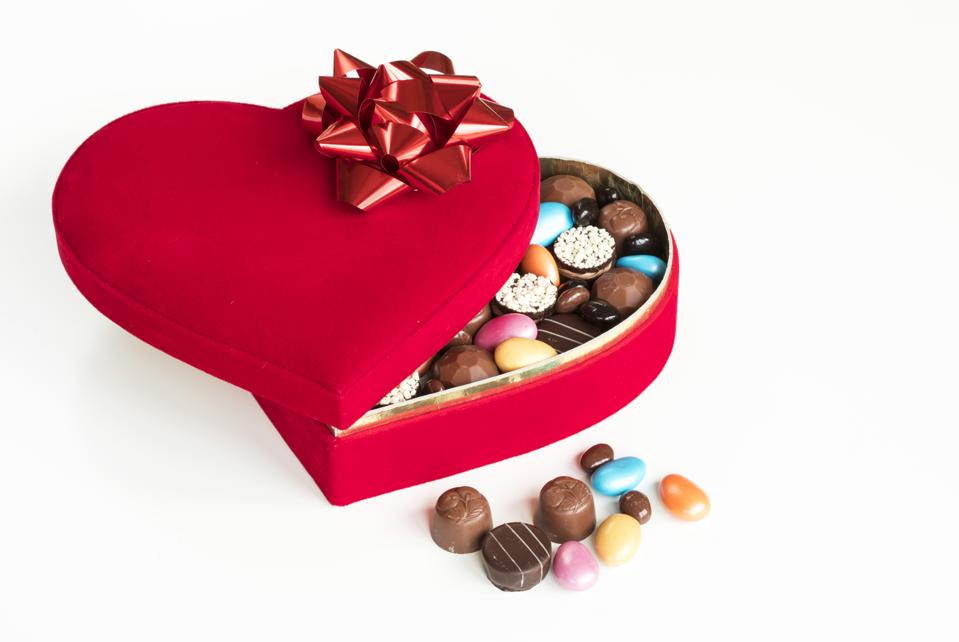 There’s much more to the chemistry of chocolate. If I haven’t quelled your craving, you can download a handy infographic on chocolate chemistry by Andy Brunning of Compound Interest.

From Forbes by Carmen Drahl

The post What’s in Your Valentine’s Day Chocolate appeared first on Blog - DannaBananas.com.