What Do Ukrainians Eat for Christmas

What Do Ukrainians Eat for Christmas

The evening before Christmas is the last evening of the lean. According to the tradition, on the eve, one should not eat anything, until the first star appears in the sky, marking the birth of Jesus Christ. On the feast table, Ukrainians put 12 dishes, which symbolize the 12 apostles. The abundance of dishes is also called a Rich Dinner (Bohata Vecherya).

The Rich Dinner, as well as the Christmas feast of the next day, begin with kutia. It is one of the main dishes, cooked of wheat, barley or rice and seasoned with grated poppy seeds, nuts, honey and nectar. It has a sacred meaning for the locals. After Christmas Eve, the dish was left overnight on the table so that the souls of the dead ancestors could also taste the treat. The first mention of the dish was made in the beginning of the 12th century in the chronicle of the ‘Tale of Past Years.’ 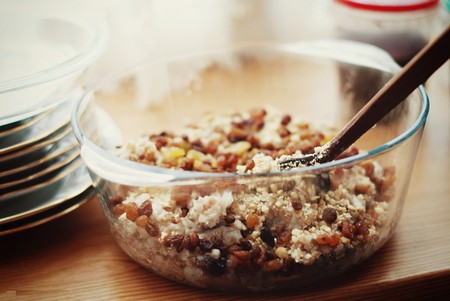 Uzvar for Christmas is traditionally served along with kutia. In short, it is a compote of dried fruit and is one of the most common traditional drinks. Meanwhile, in the summer, uzvar is prepared from fresh berries; in autumn or winter, it is made from dried cherries, apples, pears, apricots and others fruit. The name of the drink comes from the word ‘to brew’ or zavarivat in Ukrainian.

Traditionally, the vinaigrette is cooked from boiled potatoes, beets, carrots and beans. You can also put raw onions and parsley and add marinated or pickled cucumbers. To make it as lean as possible, it is seasoned with oil, rather than any sauce. Such a set combines all the minerals and vitamins a person needs to boost energy during thr fast. Despite the fact that vinaigrette is referred to as a snack food, it is served in Ukraine as a full-fledged dish.

Vareniki is a traditional Ukrainian dish and for sure can be named the favourite one of the locals. It is a kind of dumpling with filling that you may find at many feasts. For Christmas dinner, it is cooked from unleavened dough and stuffed with chopped vegetables, mushrooms, fruits, cottage cheese or berries. Vereniki is usually served with smetana (sour cream), baked salo (pork fat) with onions or varenje (jam) and sugar, depending on the filling. 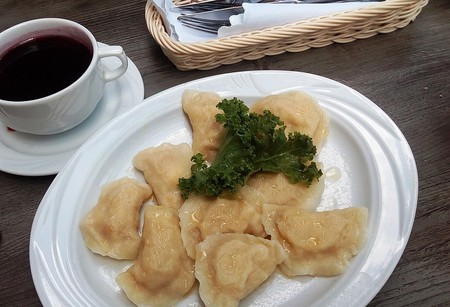 Cabbage soup has different kinds of interpretations all over the world. It also has its own way if preparation in Ukraine and takes an important place on the Christmas table. The main ingredient of this soup is sauerkraut. Particularly in the Ukrainian cuisine, cabbage is squeezed off from the brine, and, in case of an increased acidity, it is pre-washed with water. It is sometimes cooked in a vegetarian style, however; there are varieties of recipes with mushrooms and broth.

In Ukrainian culture, pickles are incredibly popular. Most common are pickled cucumbers and tomatoes, but also mushrooms, watermelons, zucchini, sweet pepper, garlic and even corn are known to be pickled. Brine is usually added with herbs and greens, coriander and horseradish for the saturated taste. Pickles are mostly served as a snack but also perfectly added to a main dish as a side. 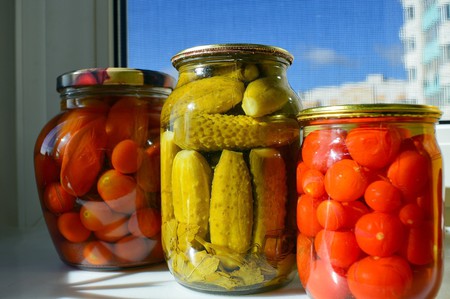 Depending on what ingredients you include in the recipe and how to serve it, the daily dietary dish turns into a cheerful festive treat. There are many variants of its preparation: apples baked in the oven with honey, in puff pastry, with cottage cheese and with cinnamon. Baked apples are always extremely delicious and lean enough for Christmas. 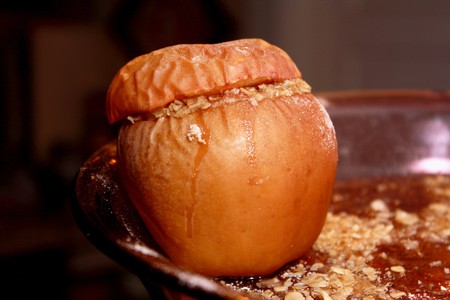 Although the key to fragrant borscht is in preparing it in a rich broth, the dish can also be cooked lean. Meat is replaced by a variety of vegetables, such as beans. Moreover, borscht has more than 20 other ingredients and is served with bread or patties. That is why lean borscht is a hearty dish but still does not contain too many calories. 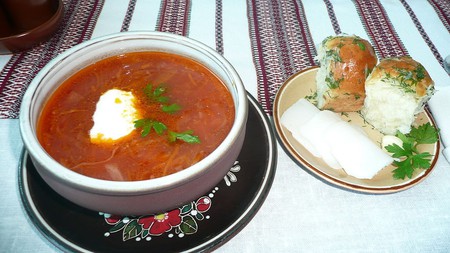 Traditional Ukrainian patties are made of a yeast dough with a range of fillings. They are usually baked or roasted salty with potatoes, cabbage, mushroom and even eggs or sweet with apples and cherries. Patties are an indispensable snack; they can be an appetizer and a great addition to tea for dessert. Thanks to the fast and simple recipes, they will make guests full and happy. 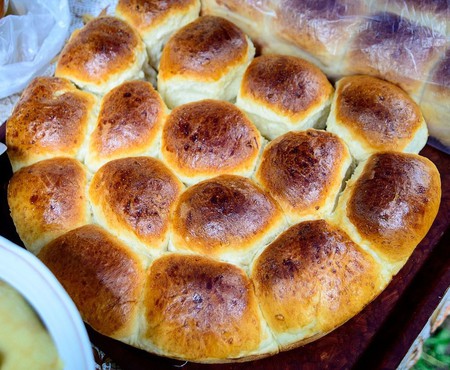 Surprisingly, buckwheat in Ukraine is considered to be one of the main dishes at the Christmas table. It is easy to cook, it has a good taste, especially seasoned with olive oil and greens and can be eaten even the morning after the feast. All over the world, it is known as a superfood, but, in Ukraine, the abundance of buckwheat leaves no choice but to serve a buckwheat dish quite often. 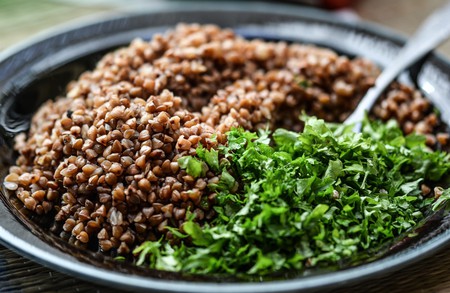 Another course, which is a must-have among the 12 traditional dishes, despite its preparation, is a rather time-consuming process: Stuffed cabbage rolls, or golubtsy, is a meat or vegetable ground, wrapped in boiled cabbage leaves. Each region of the country prepares the dish in its own way. For instance, in the Carpathians, traditionally, cabbage rolls are cooked with corn grits; in the Poltava region (central Ukraine), it is customary to cook with buckwheat and cracklings. 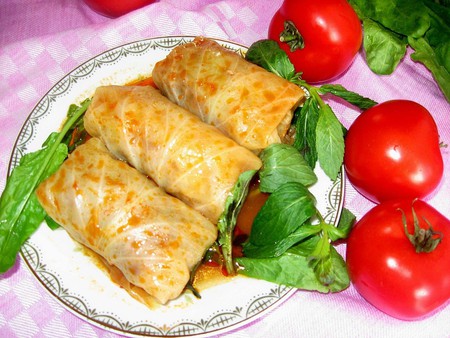 The colourful vegetable stew can be served as a snack or as a side dish. A variety of vegetables are found in the same pot, forming something similar between soup and roast. It is important that all the components retain their shape as much as possible and do not turn into a puree. The composition of the vegetable stew can vary and be prepared in accordance to your liking. 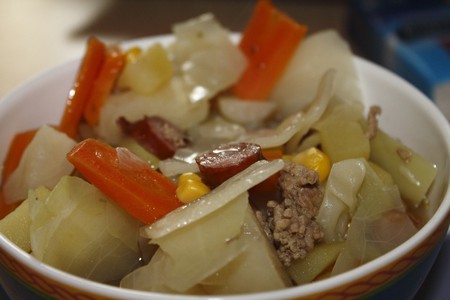 The post What Do Ukrainians Eat for Christmas appeared first on Blog - DannaBananas.com.