Taking office in tumultuous times, Biden becomes one of just a few to be senator, VP and president

When Joseph Robinette Biden Jr. raises his hand upon instruction from Supreme Court Chief Justice John Roberts to swear an oath to the Constitution in a scaled-back inauguration ceremony on Wednesday afternoon, it will mark the beginning of a presidency and the culmination of his remarkable and unique journey to reach the summit of U.S. politics.

Biden, 78, is to be sworn in as the 46th president in inaugural ceremonies on the west front of the Capitol that have begun in Washington, D.C. The ceremonies have been scaled back because of the coronavirus pandemic, with heightened security measures arising from the Capitol riot exactly two weeks ago.

Aides say Biden will use his inaugural address — one that will be delivered in front of an unusually small in-person group and is expected to run 20 to 30 minutes — to call for American unity and offer an optimistic message that Americans can get past the dark moment by working together.

The Bidens, who spent Tuesday night at Blair House, as has been the tradition ahead of inauguration, arrived at the Capitol for the inauguration just after 10:30 a.m. ET.

Biden and his wife, Jill, began the day by attending a service at Washington’s Cathedral of St. Matthew the Apostle. Along with incoming vice-president Kamala Harris and her husband, Douglas Emhoff, those in attendance included: both Senate leaders, Republican Mitch McConnell and Democrat Chuck Schumer, as well as Democratic House Speaker Nancy Pelosi and House Republican Leader Kevin McCarthy.

Many presidents have chosen St. John’s Episcopal Church, sometimes called the “church of the presidents,” for the inaugural day service. Biden is only the second Catholic president in U.S. history after John F. Kennedy, and St. Matthew’s is the seat of the Catholic archbishop of Washington.

Prominent U.S. politicians past and present proceeded to the West Front shortly before 11 a.m., with 44th president Barack Obama and wife Michelle getting a notable round of applause.  Two other past presidents arrived with their wives — Bill and Hillary Clinton and George W. Bush and his wife, Laura — while the oldest living president, 96-year-old Jimmy Carter, has sent his well wishes.

Vice-President Mike Pence was the highest-ranking official from Donald Trump’s administration to attend the inauguration, but not Trump, the first outgoing president to skip the ceremony since Andrew Johnson more than a century and a half ago.

Biden will become just the seventh person to have served as senator, vice-president and president and the first to achieve that feat since Richard Nixon. While on paper that wealth of previous experience may give the impression of inevitability to his becoming president, there were two failed bids and multiple points along the way where one could reasonably doubt he’d ever be addressing the nation Wednesday as the incoming commander-in-chief.

Biden took his first oath of office as a Washington politician just over 48 years ago, in a hospital room in Delaware as his two sons recuperated from a car crash that killed Biden’s first wife, Neilia, and their baby daughter, Naomi.

Biden the senator-elect agonized over what to do just two months after his 3,000-vote upset win over Cale Boggs, but moved forward with the support of sister Valerie and extended family, who helped raise the young boys, Beau and Hunter. Still, Biden told reporters in the hospital room he was going to give it six months to see how it went.

“I promise you that I will contact [the governor] as I had earlier, and tell him that we can always get another senator, but they can’t get another father,” he said.

During his years in Congress, he earned the slings and arrows that come along with serving in Congress — a strong reputation for bipartisan work and criticism for his handling of Anita Hill’s testimony at Clarence Thomas’s confirmation hearings from both parties. There were also a pair of brain aneurysms in the late 1980s, one which was life-threatening.

In 2008, he was picked by Obama to serve as his running mate, another critical moment, as a politician more thin-skinned than Obama might not have overlooked one of Biden’s periodic verbal gaffes, concerning Obama. Biden, not thrilled with playing second fiddle, later wrote of being persuaded to take the VP job in no small part by his 91-year-old mother, Catherine, who impressed upon him the history of serving under the first Black president.

Biden had every intention of running for president in 2016, but was waylaid by another tragedy, the events depicted in his memoir Promise Me, Dad. Beau, expected to become a prominent national politician himself, died of brain cancer after an agonizing battle.

Biden announced his decision not to run in a 2015 news conference at the White House’s Rose Garden.

Hillary Clinton would win the Democratic nomination, and had she defeated Donald Trump in the 2016 general election, Biden is likely not standing alongside his wife, son Hunter, daughter, Ashley, and several grandchildren to become the next U.S. president.

Biden began the 2020 Democratic primary season as the polling favourite, but name recognition likely held sway. He struggled in early debates, and a glut of candidates may have ultimately proved to be beneficial.

As in the past, Biden proved a survivor, winning the nomination and the general election on Nov. 3. 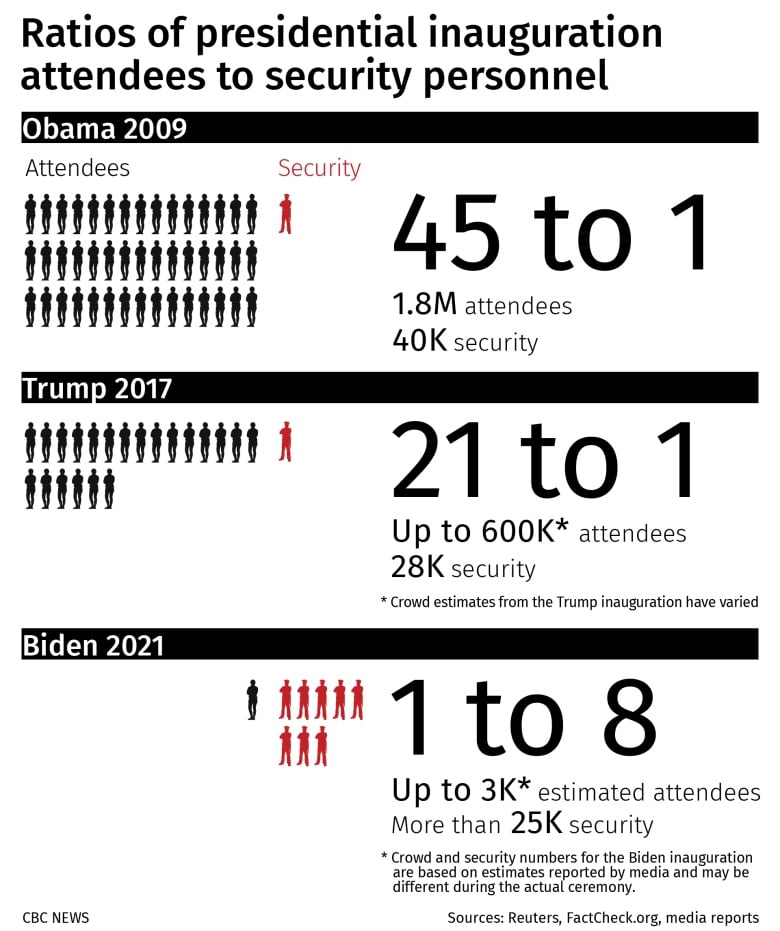 Harris to be sworn in by Sotomayor

Biden will use a bible for his swearing-in, which is expected just after 12 p.m. ET, that has been in his family since at least 1893. Several inches thick, it is the same bible he used twice when swearing in as vice-president and seven times as a senator from Delaware.

Before Biden’s address, vice-president-elect Harris will be sworn in by Supreme Court Justice Sonia Sotomayor on Wednesday, a history-making event in which the first Black, South Asian and female vice-president will take her oath of office.

Harris, who spent some of her teen years in Montreal, will use a bible in the swearing-in ceremony that belonged to Thurgood Marshall, the first Black Supreme Court justice. She will be accompanied by her husband, Doug Emhoff, a lawyer who will soon tweet from the @SecondGentleman account.

The post Joe Biden to be sworn in as 46th president of the United States in scaled-back inauguration appeared first on Blog - DannaBananas.com.