13 Canadian environmentalists and innovators changing Earth for the better

In honour of Earth Day, a roundup of hopeful technology, research and inspiring activists

The entire month of April is dedicated to Earth Month, but one day in particular is geared toward celebrating this beautiful planet we call home. In addition to appreciation, Earth Day serves as a time to spread awareness about the perils facing our environment and gives us a moment to reassess our impact on nature. And while Canadians have marked the day each April since 1970, it can still be hard to decide what “green” means, or where to direct your efforts. Luckily, this country is full of amazing Canadians who are doing their part to forge a path toward a more sustainable planet. So this Earth Day, we’re looking to and celebrating those who are changing our world for the better through technology, research, volunteerism, tireless campaigning and fearless activism. Here is a list of 13 Canadians to take inspiration from this Earth Day. 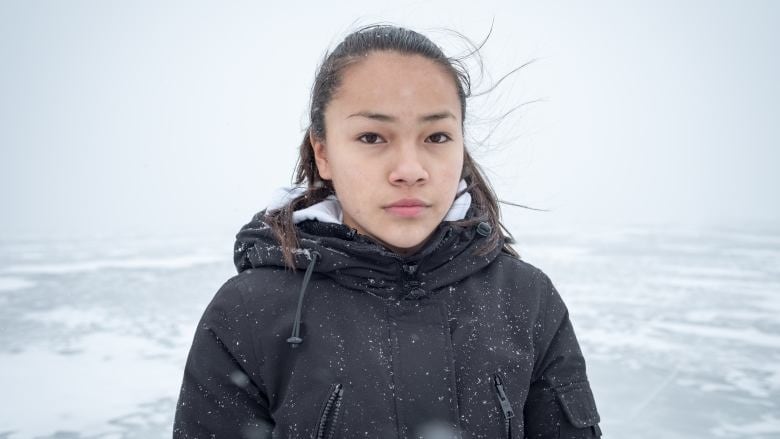 At just 13 years old, this exceptional activist has been unwavering in her quest to solve one of our country’s most overlooked issues: the lack of safe drinking water in Indigenous communities across the nation. Inspired in part by her Aunt Josephine, a water walker who works to nourish this sacred element, the Anishinaabe teen’s advocacy has already driven her to lead protests, speak in front of the United Nations, make a personal plea to Prime Minister Justin Trudeau to prioritize the matter, and earn a nomination for the Children’s International Peace Prize. However, it’s Peltier’s extraordinary ability to speak with true poise and rousing vulnerability all at once that will ensure her message is heard for decades to come — and inspire countless Canadians to join her in the fight. 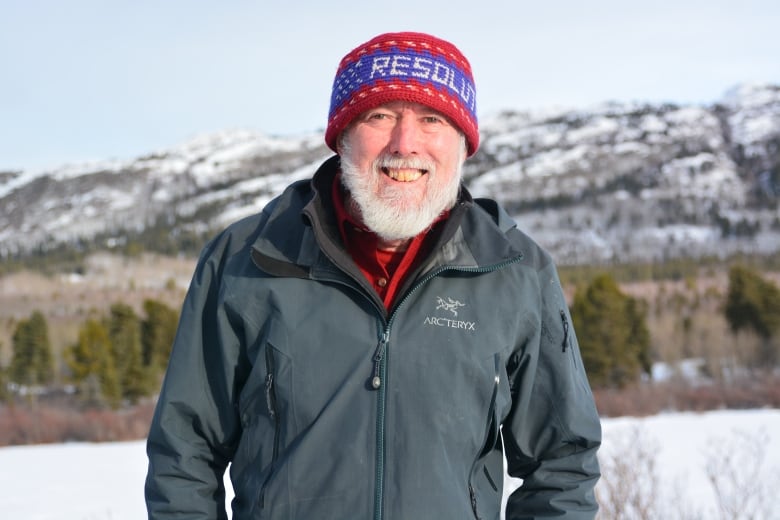 John England first visited the Arctic back in 1965, and he hasn’t stopped researching it since. In fact, since stepping foot on Baffin Island all that time ago, the Edmonton-based professor and scientist has devoted over 50 years of his life to uncovering environmental patterns in the North and advocating for its continued preservation. England’s studies have mostly centred around the “history of ancient ice sheets, ocean and lake sediment [and] ocean currents and sea levels”; he’s used this wealth of knowledge to demonstrate the changes in climate due to global warming and to demand that attention be urgently paid to these areas. On top of that, England has mentored hundreds of students, won the Northern Science Award (a national recognition of his contributions to the North and its people), played a key role in the establishment of Quttinirpaaq National Park on Ellesmere Island (the most northern national park in the country), and has even been named one of the Canadian Geographic Society’s 100 greatest explorers. 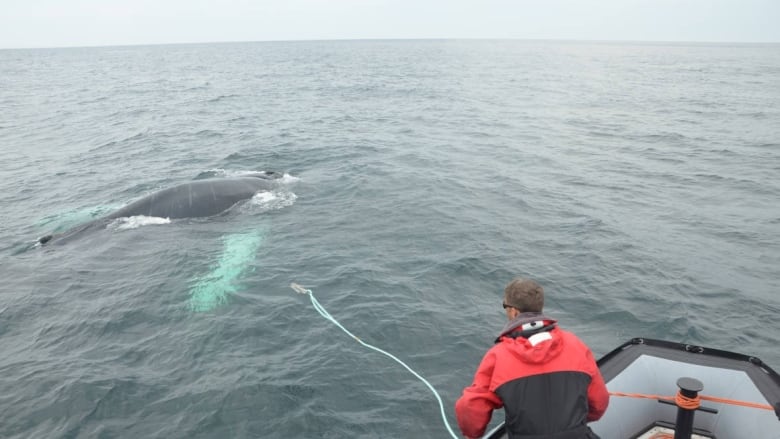 After witnessing a fin whale caught in fishing gear, captain Mackie Greene took it upon himself to do something. He and a few fellow residents in the area founded the Campobello Whale Rescue Team on the tiny New Brunswick island in the Bay of Fundy in 2002. Home to many species of whales each summer, it most notably serves as a summer home to the endangered North Atlantic right whale. With only an estimated 500 left in existence, Greene and his team risk their lives with every mission to save these magnificent giants. Tragically, their co-founder, Joe Howlett was killed in July of 2017 while rescuing a right whale. To date, Greene and his team have saved many of a species that continues to decline at a truly alarming rate. 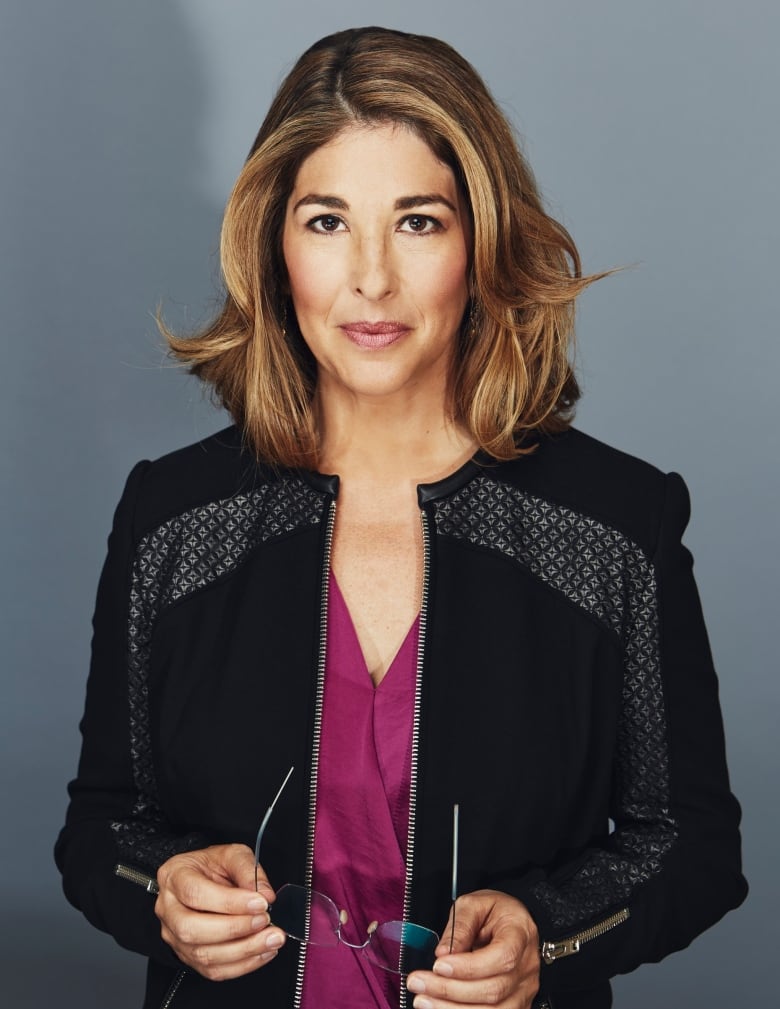 Arguably one of Canada’s most prominent climate activists, Naomi Klein is best known for her books, No Logo, Shock Doctrine, as well as, This Changes Everything: Capitalism vs. the Climate. A fearless critic of capitalism, her latest mission has been to fight for reduced emissions. She argues that a significant decline in fossil fuel emissions has yet to be achieved because capitalism and greed are prohibiting the necessary changes that need to be made in order to protect the environment. Along with husband, Avi Lewis, she released a documentary also called This Changes Everything in tandem with the book. In recent weeks, Klein has joined the Kinder Morgan Trans Mountain pipeline protests, telling CBC that project “is totally incompatible with taking climate change seriously.” She has also been vocal about her belief that unrestrained corporate greed is at the root of the climate crisis standing up against corporations and governments despite any controversy that often ensues. 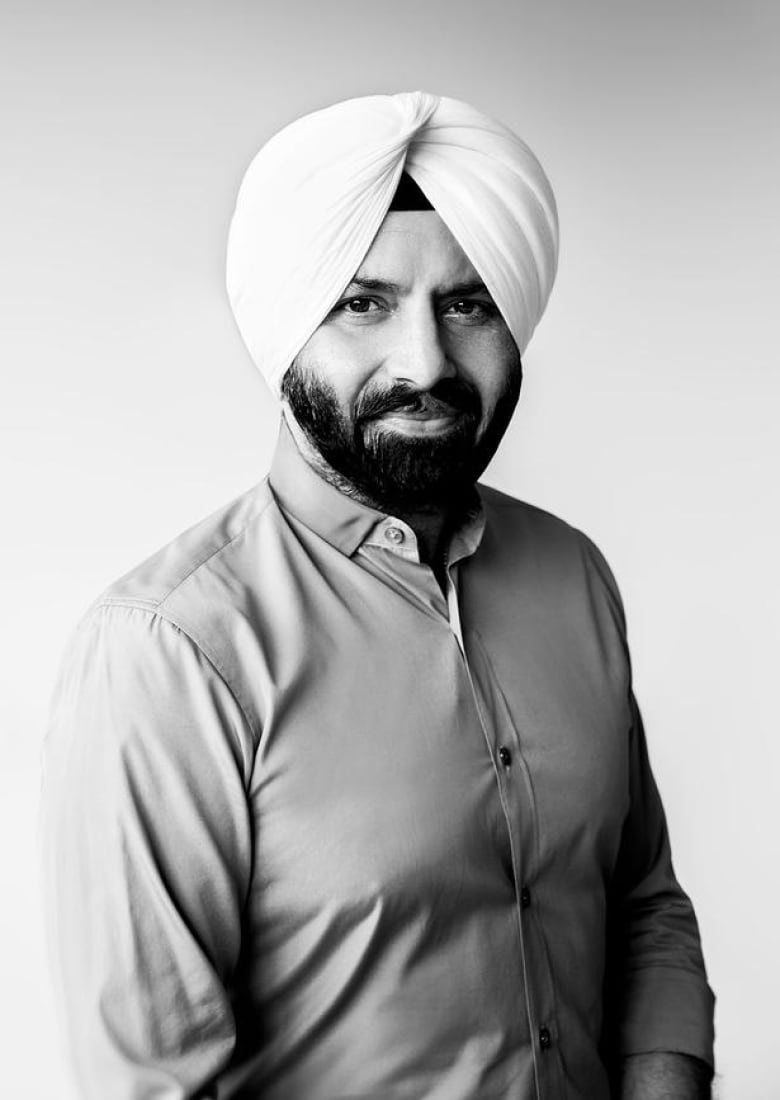 As the President and CEO of Matt and Nat, one of our country’s most stylish sustainable fashion labels, this Montreal-based mogul does his part to keep the industry a little more conscious on the daily. Kohli’s accessories and footwear brand, which stands for “Mat(t)erial + Nature”, takes a holistic approach to its eco-friendly philosophy, from the head office that’s sanctioned as a “cruelty-free zone”, to their goods, which are made of vegan leather with linings crafted from recycled plastic bottles. Though the company was an outlier in the fashion world when it was founded back in the ’90s, since joining the team in 2001, Kohli has ensured that Matt and Nat continues to find innovative ways to incorporate renewable materials into their products while proving that sleek, covetable handbags don’t have to harm the environment. 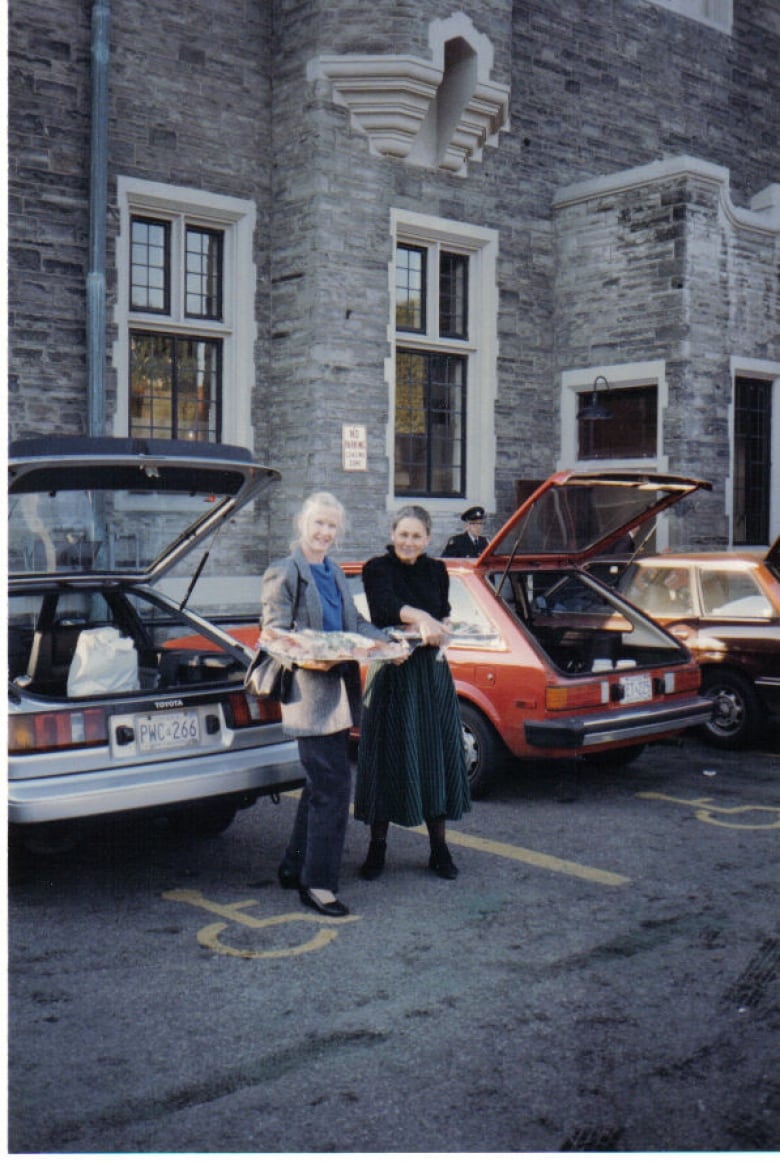 According to Second Harvest’s stats on hunger, it’s estimated that “1 in 8 Canadian families experience food insecurity,” yet roughly “40% of food is lost at retail and consumer levels in developed countries like Canada.” Thankfully, these two women invented a way to help keep perfectly viable food out of the landfills. In 1985 they founded Second Harvest to rescue fresh surplus food and deliver it to those in need across the GTA. Since that time, their program has come to be a “global thought leader on food recovery,” has “delivered more than 127 million pounds of food and prevented over 70 million pounds of greenhouse gas equivalents from entering our atmosphere.” Not only is this duo’s organization working to make sure food doesn’t go to waste over 30 years after its inception, their charity feeds thousands of people in need every single day. 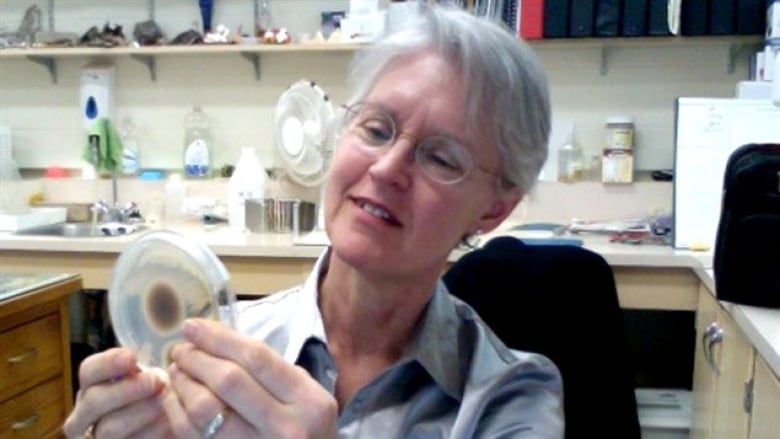 Back in 2014, a single dandelion was spotted growing on coarse tailings from the oilsands in Alberta. Knowing that this was far from a hospitable environment, Dr. Kaminskyj, a biology professor at the University of Saskatchewan, got to work figuring out why such a plant could exist in conditions like this. She discovered a fungus growing on the dandelion that allowed it to inhabit harsh living quarters, and perhaps even more surprisingly, has the potential to clean up the coarse tailings it grows in. As of right now, “there are approximately 800 square kilometres of coarse tailings currently awaiting revegetation, which when it’s done now is extremely challenging and costly to do,” but thanks to Dr. Kaminskyj’s research, there is excitement over the possibilities for cleaning up the petrochemicals in oilsands tailings with something as unexpected as a fungus. A teacher and a consultant, Kirk Johnson serves on the board of directors of Earth Day Canada. We’d be remiss to not mention someone from the foundation helping to bring this day of recognition to the public consciousness, but with over 15 years of advocacy for sustainability, he’s made it his mission to educate and guide throughout his entire career. Johnson is a teacher at Humber College’s Sustainable Entrepreneurship program and is an entrepreneur in his own right, serving as president of an eco-friendly advisory company, a sustainability advisory firm; helping to design sustainability programs for municipalities and introduce cleaner building measures to Ontario. His teachings span to a national level as well, where he’s been a key contributor to the Energy STAR for new homes program. 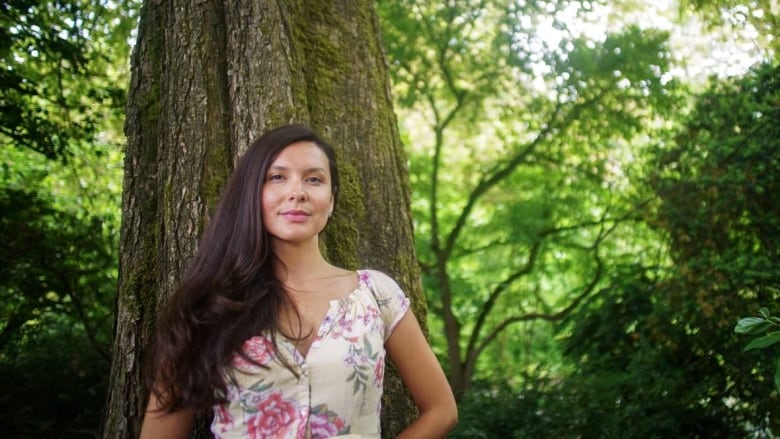 Melina Laboucan-Massimo is a Climate and Energy campaigner with Greenpeace Canada and the Indigenous Knowledge and Climate Change Fellow for the David Suzuki Foundation. She’s also helping to bring renewable energy to Indigenous communities. Developed as part of her graduate studies project, Laboucan-Massimo is responsible for helping to launch “the Piitapan Solar Project, a 20.8kW renewable energy installation that powers the health centre” in Little Buffalo, Alberta, her hometown. She’s helping to empower other Indigenous communities in Canada by providing them with solar panels. Lubicon Solar, the company that her initiative helped to create in Little Buffalo, recently donated panels to the Tiny House Warriors, “a group of activists and supporters from the Secwepemc tribes in B.C. opposed to the pipeline expansion who are constructing tiny houses to place in its path”. 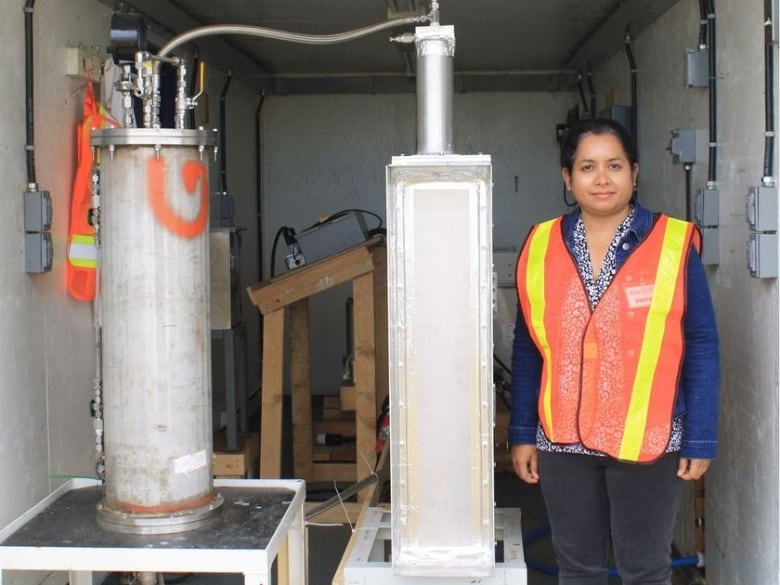 As the Chief Technology Officer and co-founder of Boost Environmental Systems, a new firm born out of the labs at the University of British Columbia, Asha Srinivasan has led the charge in designing and executing an award-winning system that hopes to eradicate much of the waste that comes from farming. The technology uses microwave-style heating to shrink the volume and composition of manure by 40-60% so that it can be easily broken down by our existing sewage systems. This in turn will help to reduce the amount of contamination that enters ground and surface drinking water sources. The system, known as IMPACT, also works to add essential nutrients back into the manure slurry to aid in recovery of wastewater. And while it took 15 years of research to get this first-of-its-kind device up and running, Srinivasan, who also holds a PhD in Environmental Engineering, is well on her way to making agriculture cleaner all across the world. 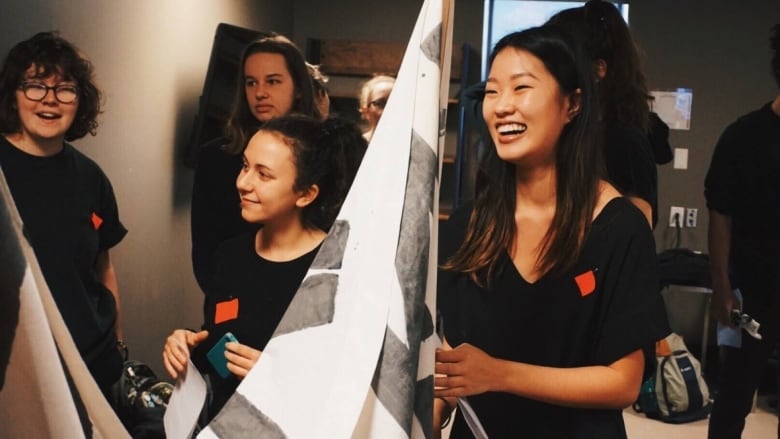 An activist, organizer, research assistant and one of Canada’s Top 25 Environmentalists Under 25, Tina Yeonju Oh has crammed quite a few accomplishments into her 20 years on the planet thus far. Her work, which focuses on the intersections between human rights, feminism and environmentalism, aims to highlight the ways in which disadvantaged communities continue to suffer the most under climate change. Hailing from Treaty 6 in Edmonton and a student at Mount Allison University, Oh lends her time to campaigns including DivestMTA, which is pressuring the university to withdraw its investments in fossil fuel companies, and Ottawa Climate 101, a youth-led protest on Parliament Hill that called on the Trudeau government to reject the Kinder Morgan Trans Mountain pipeline. She’s also acted as a delegate for both the Canadian Youth Climate Coalition and the Government of Canada and shows no signs of letting her voice or vision lapse on her way to making concrete change. 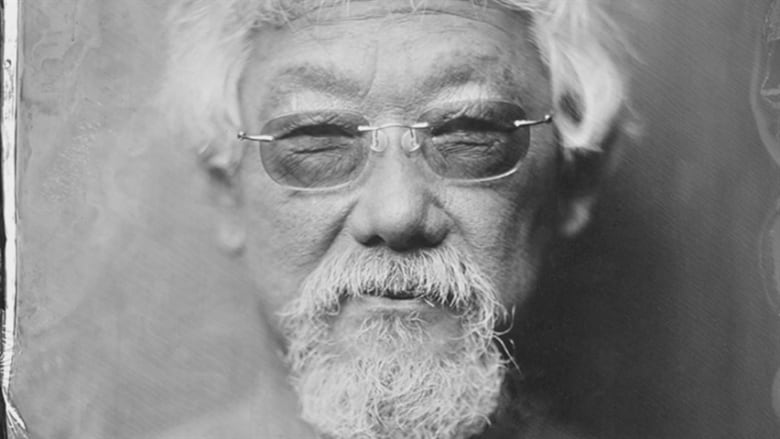 What is there to cover that hasn’t already been celebrated about this trailblazer? A scientist, professor, activist, author of 52 books, host of the beloved long-running CBC series The Nature of Things, and so much more, Suzuki has cemented himself as one of the country’s most prominent figures in the arena of environmentalism. He’s also spent years educating Canadians by breaking down complex issues into fascinating and easy-to-understand morsels. As a co-founder of the David Suzuki Foundation, which, through the funding of research projects, he attempts to tackle a whole host of problems facing our planet, including creating sustainable transportation, reducing pesticides, protecting our waters and endangered species and taking action on climate change. Suzuki’s achievements have won him countless honorary degrees, an International Human Rights Award from the Global Exchange, the Right Livelihood Award, and an appointment to the Order of Canada. Suzuki is still at it Sunday nights on CBC and, over the last few years, has worked with entrepreneur Brad Marchant to develop a technology that turns “pre-consumer food waste… into animal feed and fertilizer.”