5 Things You Didn’t Know About the Summer Solstice

5 Things You Didn’t Know About the Summer Solstice 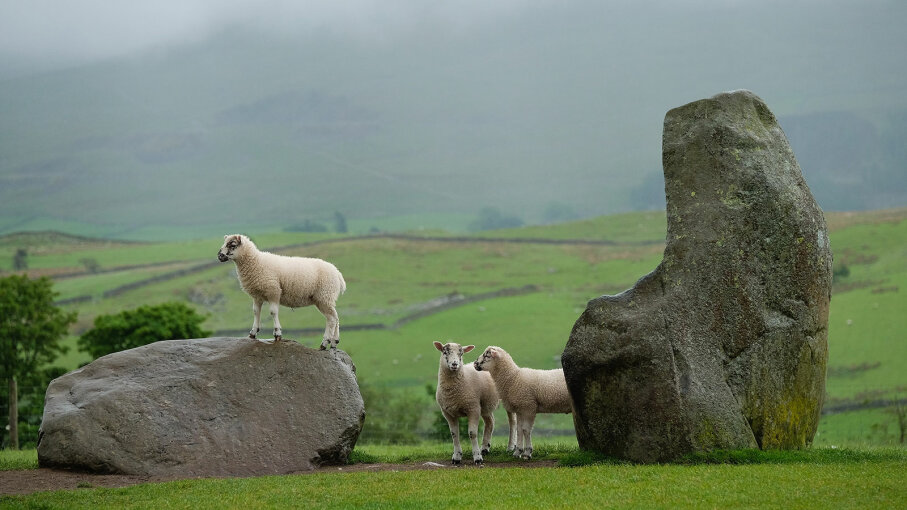 You might want to stock up on sunscreen. On June 20, 2020, the Northern Hemisphere will experience its longest day of the year, the day when the North Pole is leaning most toward the sun. (This year that takes place at 5:43 p.m. ET.) This annual event is called the summer solstice — and in addition to the big day’s celestial significance, it’s a popular time to visit one of the ancient world’s greatest relics. Here are five nifty facts about the occasion.

1. The Hottest Part of Summer Is After the Solstice

No other date on the calendar witnesses more sunlight than the summer solstice, and yet this is not the hottest day of the year for most of us in the Northern Hemisphere. It’s true that the days up here get progressively shorter after the solstice. However, for several weeks in June, July and August, the hemisphere will still receive more heat during the day than it loses at night. That’s why temperatures in the northern half of the globe tend to climb in mid-to-late summer, despite there being less daylight to go around (it takes a few months after winter for land to store heat). Most states in the continental U.S. will experience their hottest day of any given year at some point between July 16 and Aug. 10.

2. At Noon, the Sun Is More of a Taurus Than a Cancer

Our planet spins on its axis at an angle of 23.5 degrees. Keep that number in mind. On the June solstice, the Northern Hemisphere gets more exposure to sunlight than it does on any other day of the year. This is also the day in which the sun reaches its highest point above the horizon: At noon, the sun will be directly over the Tropic of Cancer. That’s a latitudinal line located about — wait for it — 23.5 degrees north of the equator. (A similar phenomenon takes place on the December solstice, when the sun hits the Tropic of Capricorn, a southern line located 23.5 degrees below the equator.)

The name Tropic of Cancer is an anachronism. This term references the fact that, 2,000 years ago, the sun used to cross in front of the constellation Cancer on the day of the June Solstice. It now shines closer to Taurus instead. Times change, friends…

3. The Arctic Circle Is in for 24 Hours of Sunlight

The Arctic Circle is a moving area whose parameters are dictated by the solstices. Scientists define this expanse as “the latitude above which the sun does not set on the summer solstice and does not rise on the winter solstice.” So, during the June solstice, the entire circle goes through twenty-four straight hours of sunlight. Conversely, it has to endure a full day of darkness when the December solstice comes around. Tourists in the far north flock to watch the sun blazing at midnight on every June solstice.

Earth’s axial tilt shifts incrementally over time. Right now, the Arctic Circle is located a little higher than 66 degrees above the equator, but it’s creeping northward at a rate of about 14 to 15 meters (45 to 49 feet) per year. Travelers in the distant future will need to adjust their plans accordingly if they hope to catch the midnight sun.

4. Some Planets Wait Decades Between Solstices

Uranus has a mind-blowing 98-degree axial tilt. Because of this and the fact that it takes the planet about 84 earth years to make one rotation around the sun, the seasons are staggeringly long there. Astronomer Jean Meeus calculated that the last summer solstice in Uranus’ northern hemisphere took place in 1985 — and the north’s next winter solstice won’t come until 2030. Compare that with Earth, which sees a solstice every six months.

5. It’s a Time to Celebrate Litha

In 2017, 13,000 people turned up to watch the sun rise over Stonehenge on the longest day of the year. The trip was a religious pilgrimage for many of them: Pagans gather at the ancient marvel on every June solstice to celebrate Litha, a sacred holiday honoring midsummer’s arrival. Stonehenge might have been an old-school astronomical calculator. A pair of ditches leading up to the monument form an avenue that nicely aligns with the sun’s position on the mornings of solstices.

The post 5 Things You Didn’t Know About the Summer Solstice appeared first on Blog - DannaBananas.com.