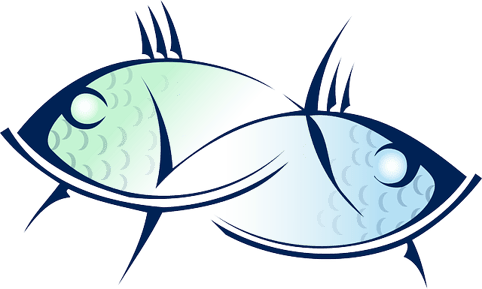 Are you born between mid-February and mid-March? Then you’re a Pisces! The Pisces sign is represented by a pair of fish and associated with the element of water. Pisces are often known for being empathetic, generous, and in touch with their emotions, but there is a lot more to this sign than meets the eye.

In this guide, we explain what a Pisces is and what the common Pisces traits–both good and bad–are. We also go over how Pisces interact in romantic, platonic, and work relationships and give advice for Pisces and those who know them.

Pisces is the 12th and final sign of the zodiac calendar. It’s represented by a pair of fish and ruled by the planet Neptune (as well as Jupiter). Like Scorpio and Cancer, Pisces is a water sign; however, Pisces are known for generally being more laid back and agreeable than their other water counterparts. All water signs, though, are known for having strong feelings and occasionally being “wishy-washy.”

Pisces personalities are known for being one of the most empathetic of the zodiac signs, and they’ll do whatever they can to make sure the people around them are happy. They’re also artistic and use their vivid imaginations to think up ideas many others wouldn’t.

These kind souls can also be moody though when things aren’t going their way, and their generous nature makes them easily taken advantage of by less selfless types. Pisces can even become emotionally closed off if they’ve been hurt too often. In general though, Pisces are compassionate, thoughtful, and well attuned to their emotions and the emotions of those around them.

The 6 Best and Worst Pisces Characteristics

What characteristics does a Pisces personality have? Like all signs, their personality is complex. Pisces are known for being incredibly creative, empathetic, and generous, but they can also suffer from being overly emotional, impressionable, and closed off.

What makes a Pisces so great? Lots of things! Below are the three best Pisces characteristics.

Pisces are known as the most artistic of all zodiac signs, and they frequently express their creativity in everyday life. They have strong imaginations, and their reputation as dreamers can help them when they pursue hobbies such as art, music, and writing. They aren’t as bound by logic as many other signs, and their openness to new ideas allows them to explore creative avenues others may overlook or dismiss as impractical.

If you need a shoulder to cry on or a listening ear, there’s no one better than a Pisces. Pisces are incredibly empathetic and in tune with the emotions of others. If they see someone crying, they will immediately want to know how they can help, and they may even begin crying themselves out of sympathy.

Pisces are extremely generous and known for putting others’ needs before their own. It’s important to them that the people they care about are happy, so they’ll go out of their way to do something kind or help you with a problem you’re having, even if it sometimes comes at the expense of their own happiness. 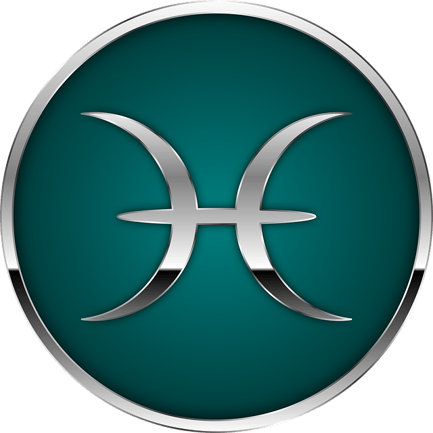 Despite their abundant positive qualities, Pisces do have flaws. Here are three of the most common negative Pisces traits.

Although being so in tune with their emotions can help Pisces relate to others, their emotions can sometimes get the better of them, causing them to be overly emotional and even moody. It’s not uncommon for a Pisces to begin crying during an argument or to shut down completely. Additionally, once they get into a negative mood, it can take a long time for Pisces to get over whatever is bothering them and return to feeling happy. Like other water signs, Pisces can be known for holding onto grudges.

Because Pisces are both very idealistic and look for the best in others, they can often be overly trusting and easily swayed. They are also natural dreamers and can be easily convinced to pursue impractical goals or ideas, even when it’s clear to others that they should be taking a more logical path. If a more assertive person suggests something, a Pisces will often go along with it, both because they’re very optimistic and because they want to keep the peace by being agreeable.

Even though Pisces will spend a lot of effort taking care of people, they often have a hard time accepting help from others. This is partly because they often feel misunderstood or that people don’t take the time to understand them the way they take the time to understand others. Also, because Pisces are so trusting and generous, they can be taken advantage of, and it can be very difficult for them to get over being treated badly. If they’re hurt often enough, Pisces may begin to close themselves off as a method of self-protection. Pisces’ feelings are already strong enough, and they don’t need them toyed with by people who don’t have their best interests at heart.

How the Pisces Personality Manage Relationships

What is it like to know a Pisces? Pisces are known for being loyal and deeply caring no matter what their relationship is with the other person. Here’s how Pisces interact in romantic relationships, among family and friends, and at work.

While Pisces are generally thought to be most romantically compatible with Capricorn, Cancer, Leo, and Taurus (and least compatible with Gemini and Sagittarius), they can make a relationship work with almost anyone they care about.

Pisces fall fast and hard, and from the beginning of a relationship they are thoughtful and devoted partners. They prefer serious relationships and, when they meet the right person, will want to make things “official” early on. Pisces are true romantics and will go out of their way to think of thoughtful surprises and gifts to show how much they care. Because they are so attuned to the emotions of others, Pisces are incredibly caring partners and will do practically anything to make sure the person they love feels cared about and supported.

While Pisces would never outwardly expect the same effort in return from their partner, they can feel hurt and rejected if they feel neglected over time. Because they are so emotional, Pisces can also be difficult to have tough discussions with because they can easily be overwhelmed by their emotions and can hold onto perceived hurts for a long time. Their devotion and need to please their partner can also come across as neediness at times and cause more independent types to feel smothered.

Pisces With Family and Friends

Pisces are highly-valued by their friends and family. They’re very family-oriented, and they will make family a priority throughout their life. They love family gatherings where many members get together and enjoy each other’s company.

Pisces are devoted friends as well, and with their natural listening and empathizing skills, they often act as the “therapist” of the group and offer help to any friend who needs it. However, because of their desire to go with the flow and their natural people-pleasing tendencies, the Pisces personality can often have difficulty asserting what they want in friendships, and they may find their caring nature taken advantage of by people who see them as pushovers. 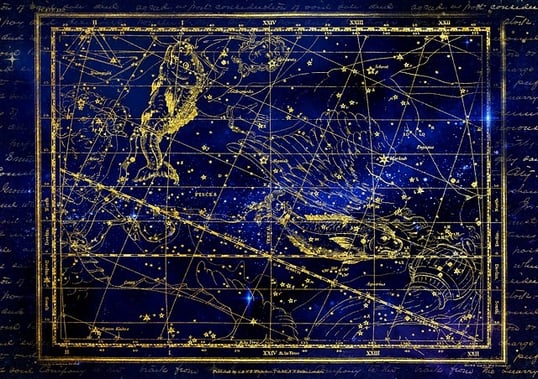 Pisces in the Workplace

With their idealistic and impressionable personalities, a Pisces personality may at first not seem to excel in the workplace. And it’s true that they can sometimes get caught up in their own imaginations, pursuing wild ideas instead of sitting down to focus on the more mundane tasks that need to be completed. Jobs that require strong logical skills and/or lots of repetition are typically not those Pisces will thrive in.

However, in the right circumstances, Pisces’ natural creative abilities and their skill at working with others can allow them to shine at work. They are often popular coworkers because of their easy-going nature and ability to get along with everyone.

Pisces also often do well when working for themselves because they have more freedom over how to pursue their work and can give their creativity free reign.

Good jobs for Pisces are those that involve caring for others and/or focus on their creativity. Some examples include:

If you’re a Pisces, you’ll first need to figure out which of the typical Pisces characteristics apply to you. No one has all the traits of their sign, so if you don’t have one or more of those listed above, you don’t need to worry about it!

In general though, one of the biggest pieces of advice for Pisces is not to let people take advantage of you. You’re naturally a caring person who will do almost anything for people close to you and, unfortunately, some people will try to take too much from you. You can also end up neglecting your own needs while trying to make others happy. When you’re about to do something kind for someone, pause and ask yourself if this is really in your best interest as well. Remember, your needs are important, too.

Taking a pause is good advice in general for Pisces. Because you feel so many emotions, they can sometimes get the better of you, especially in charged situations such as during an argument or at the beginning of a relationship. Taking a step back and regaining control over what you’re feeling can help you handle intense moments better and, again, ensure you’re making the best decisions for your happiness. Talking to signs known for their level-headedness, such as Capricorns and Libras, can help you feel confident you’re making the right decisions.

And be sure to make use of your strengths as well! Positive Pisces traits include having a ton of creativity and imagination, and you’re able to view problems and possibilities in a way that other signs can’t. Don’t let these skills be talked down, but also make sure that you’re still remaining practical when working towards your goals.

How to Get Along With a Pisces

Pisces are one of the easiest signs to get along with because they’re so willing to help others and go with the flow. Even if you’ve only just met a Pisces, they’ll be more than happy to listen to anything you want to talk about and offer any advice or help they can. However, it’s important to remember that Pisces can often feel that the people they know don’t reciprocate the favor, so remember to ask them about themselves as well. They may be reluctant to open up at first, but your efforts will be deeply appreciated.

Also, don’t be surprised to find that Pisces wear their hearts on their sleeves. They’re a sign very in touch with their emotions, and they’re not afraid to express happiness or sadness when that’s what they’re feeling.

If you work with a Pisces, you may sometimes get frustrated by their implausible ideas or preference to dreaming up solutions rather than taking small steps forward. However, when Pisces have someone to help ground them, they are often diligent and caring coworkers, doing their best to make sure the workplace runs smoothly.

Curious about how Pisces get along with other signs? Learn more about Pisces’ compatibility with other zodiac signs here, and be sure to check out our deep dive into the Pisces/Aries relationship.

While it’s not a perfect match, people who are Pisces often have very similar ways of looking at and experiencing the world as people with an Enneagram Type 4 personality. You can learn more about Enneagram Type 4 (and find out if it’s a match for your personality) here.

Born in March and a Pisces? Find out more about your birthstone, aquamarine, with this overview.