Push it! Are these the best songs to give birth to?

Push it! Are these the best songs to give birth to?

Research has revealed the Top 10 most popular songs for mothers-to-be – and no, Salt-N-Pepa is not on there 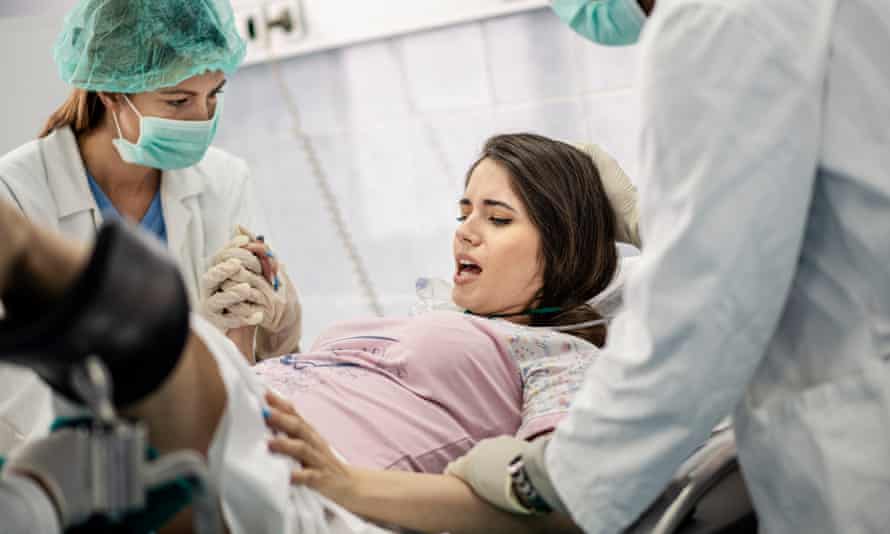 Name: Songs to give birth to.

Age: Women have been giving birth since for ever, and presumably some have always chosen to do so to music. But this is about some recent research into the songs and artists most commonly listened to during labour.

Happy Birthday by Stevie Wonder? Also not there.

Queen! I Want To Break Free? That has to be. Nope. Don’t forget that people currently giving birth are likely to be under 70.

Got it! Sweet Child O’Mine, Guns N’ Roses. With Dad playing air guitar at the end of the bed. No. Right, have we got the lame gags out of the way? Here’s a clue, it’s not just about comedy titles, it seems people might actually want to listen to music they like at this stressful, emotional time. This is some actual research looking at Spotify playlists.

And [adopts Tony Blackburn voice] this week’s No 1, Top of the Pops, that’s pops as in [makes popping sound] is … Hold on, charts get counted down, to one, remember? At No 5, with Thinking Out Loud, it’s Ed Sheeran!

So basically a lot of soppy love songs. Go on then, what’s No 1? Jack Johnson: Better Together. The average bpm of the songs in the Top 10 is 110, if that’s of interest.

Not really. Are these playlists by first-time mothers, who think childbirth is going to be a lovely dreamy experience? I doubt it, but Dreams by Fleetwood Mac is in there at No 10.

And the baby comes gliding out on a skateboard, presumably. Isn’t there a punk song called Shut Up and Give Me a F**king Epidural? Don’t know that one. Could I suggest Heroin by the Velvet Underground? Similar sentiment.

What are my other options? At the top of the Spotify US birthing playlist, created with the obstetrician Dr Jacque Moritz and “scientifically designed” to accompany women through giving birth, is Pearl Jam’s Just Breathe. At least there is some sensible advice.

The post Push it! Are these the best songs to give birth to? appeared first on Blog - DannaBananas.com.