Celebrate by racing down the hill on a 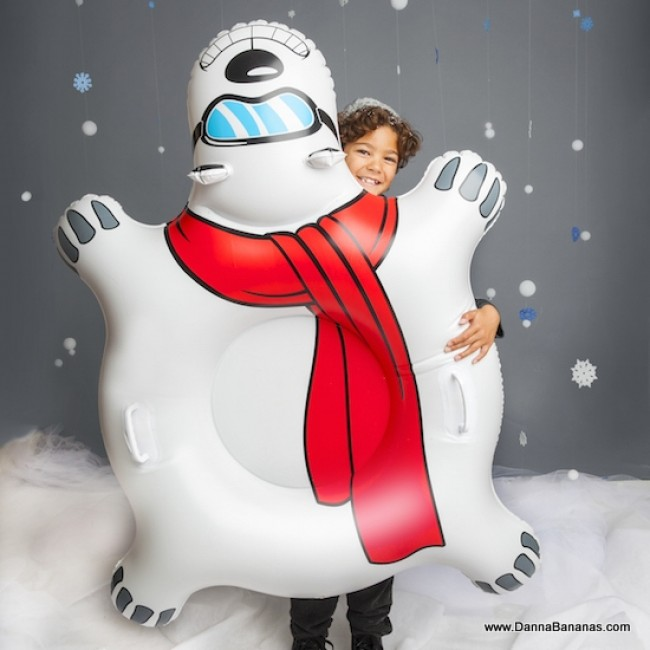 International Polar Bear Day on February 27 raises awareness on the issues facing polar bears and the ways in which we can reduce our carbon footprint. Climate change is a huge threat to polar bears’ existence and it’s up to us to take action and protect their future. Polar bears are classified as marine mammals, carrying with them a thick layer of body fat and a water-repellent coat to keep them insulated against the icy cold air and water they encounter on the sea ice of the Arctic Ocean. With their territory melting away beneath them, International Polar Bear Day is an important opportunity for us to remind ourselves what is at stake here, preserving the future of these magnificent mammals.

It’s been difficult for scientists to track down the origins of the polar bear but a recent discovery in Norway may have provided the answer. A rare jawbone found on the Norwegian island of Svalbard in 2004 allowed scientists to estimate that the species first walked the planet around 150,000 years ago.

Indigenous cultures have lived in the Arctic and hunted polar bears for thousands of years, contributing towards a balanced Arctic ecosystem. That all changed in the 1700s when hunters from Europe, Russia, and North America began to rapidly cut into the polar bear population. Without any regulations, people were able to trap as many polar bears as they liked, and the species suffered because of it.

By the 1950s things were getting worse due to the increasing use of fossil fuels. The burning of coal, oil, and gas melted the sea ice, causing ocean levels to rise and changing the landscape of the polar bear’s environment. Environmental groups began to push back on the polar bear’s behalf but their protests often fell on deaf ears as governments ignored their pleas to do more to protect the Arctic and in turn polar bears.

In 1973, the U.S, Denmark, Norway, and the former USSR signed the International Agreement on the Conservation of Polar Bears and their Habitat. The agreement regulated commercial hunting and the U.S. government classified polar bears as endangered. The non-profit organization Polar Bears International (PBI) was formed in 1994 and they made it their mission to establish action programs to protect the endangered polar bear.

They introduced the first International Polar Bear Day in 2011 and it has been celebrated every year since.

A Day for the Polar Bears

Polar Bears are considered to be endangered by the US, Denmark, Norway, and the former USSR, and commercial hunting is regulated.

The burning of fossil fuels melts the sea ice and puts the population of polar bears at risk.